As we look to gather and learn at the 2022 NASPA Annual Conference in what is now known as Baltimore, Maryland, we must acknowledge that Baltimore resides on stolen Indigenous land. Many Indigenous Peoples call the lane we now call Baltimore, Maryland, home: the Accohannock Indian Tribe, Assateague People’s Tribe, Nause-Waiwash Band of Indians, Pocomoke Indian Nation, Youghiogheny River Band of Shawnee Indians, Piscataway Conoy Tribe, Cedarville Band of the Piscataway Conoy, Choptico Band of the Piscataway Conoy, Piscataway Indian Nation and the Susquehannock. A diverse host of Indigenous peoples have resided in Maryland for over 12,000 years. With its many waterways and coastlines, this land has provided ways of travel and sustenance for survival. Currently, the Maryland Commission on Indian Affairs seeks to serve the interests of Baltimore’s Indigenous communities.

Since the 1930s, Baltimore has become home for a large number of Lumbee people as well as for the Eastern Band Cherokee people. The Lumbee community in Baltimore is the largest Lumbee community outside the Lumbee’s tribal territory of North Carolina. They settled in an area between Upper Fells Point and Washington Hill, which was called “The Reservation.” The Baltimore American Indian Center was founded in this neighborhood. This center is a resource where Indigenous Peoples can learn and educate non-Indigenous peoples through language preservation, cultural programming, health and community services and community empowerment. Furthermore, Native Life Lines provides important health services to the local community, as it promotes health and social resiliency and trauma-informed practice for urban Indigenous peoples in Baltimore and in Boston, where next year’s annual conference will be held. Their services provide case management, counseling, dental, health promotion and disease prevention, and elder/youth/family programming.

During your stay in Baltimore, take time to explore and recognize the different histories of the city. Donate to the Baltimore American Indian Center or take a tour of their museum which is open Thursdays 1-4pm, or learn about their programs. Donate to Native Life Lines as this allows them to fund programs and activities not funded through federal monies. Take a walking tour of Baltimore’s Lumbee community. Download to your phone the “Guide to Indigenous Baltimore” (available both for Apple and Android). Take your time and learn about the Indigenous communities of Baltimore and the sacred land on which we will learn and grow through our convening. 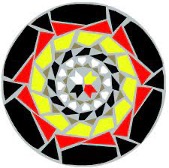 The circular shape of the symbol represents the Circle of Life and it emphasizes the importance of each Native being a whole person. The four colors of the circle represent the four qualities of the balanced life: the spiritual, the emotional, the physical and the intellectual. The colors represent the four directions – East (yellow), South (red), West (black), and North (white), and are common to many Native cultures across the country. It is believed that together these colors not only represent a well-balanced individual, but also a complete human being. This balance and completeness is universal and represents the equality of all humankind. The brown tiles between the yellow, red, black and while tiles represent the Baltimore American Indian Center, a cornerstone of our community that binds us together.

Celebrating the Talent and Artistry of Baltimore

Feb 11, 2022
First Time Attendees Plan Your Trip Engage with Us